Speed a card game also known as Spit or Slam, is very fast-paced multiplayer card game and it could result in damage to the cards -- so play this on your device and don't ruin your actual playing cards. Spit and Slam are variation of Speed.

Speed supports online multiplayer mode over the internet. Test your speed skills against other players.

Speed is a game for two players of the shedding family of card games, like Spit or Slam, in which each player tries to get rid of all of his cards. Speed is a game associated with the game Nertz.

If you have ever played Spit or Slam before you will love Speed.

hello sir , how i call you , please

Feels like there are a number of bot players in online mode.
Cards are being placed in rhythmic order while also being drawn.
Very cool for a casual game, just wish it was advertised that the players you'll face are either masters at the game or programs designed to keep the rooms active.

How do you create a private room?

Then name the room and both players join that room.

Also make sure you are on the same game server.  You can check that in the profile page.

I can't play the game. Everytime i wanna click any button i get a pop up if it wants to search it in Microsoft Store. Please fix this thing.

What device or browser are you using?

I'm playing on pc. The pc is Windows 10. IDK what browser the pc is using.

That's a very cool game, so simple but very fun to play.

A little music would be cool, but it's cool without it.

Also, on the browser version, I don't know if they are more avatars and deck, but I cannot go down the page.

Thank you.  It is fixed now.

Thanks for this quick reply and fix :)

I just had two bugs. First, on the browser version, I don't have notification when a friend send a party. Also, during a party, the two of us had quite a lot of cards, many cards on the screen (sorry for no screenshot).

Just to let you know.

this game lit my dude

Why cant we do doubles??

I would like to know if you are open to licensing your game code. If so, how much?

What type of licensing? You can contact me at jimmy@jdsoftwarellc.com

I have a question. I play Speed constantly, but I've noticed several glitches which allow the opponent to place their last card down on top of the same numbered card and win.

Ex; I play a 9 and 10 or 8 would be the next sequence, I clearly lay down an 8 first and they lay their 8 on top of mine and win. Win in reality they were blocked and would have needed to wait until they had a 7 or a 9 had it been in the middle of the game.

This glitch needs to be fixed it is unfair.  Its sad enough to play against the definite cheaters, than to have this glitch. Just want a fair game.

Last glitch: While you are playing at times you can see the faces in your avatar changing. As if someone is sitting in your place. Don't know what that is about either.

Thanks in advance. The 1st glitch, I really hope you can fix.

are you plaing doubles?

the opponent is a computer.... unless you are playing online or local.

When one of the players online has a slow connect, it causes this side effect.  I plan to fix this, but I need to rebuild the online server from scratch so it may take a while, but I plan to later this year.

Waiting for the rebuild.😉 @ my internet: "is lightening fast". Thx 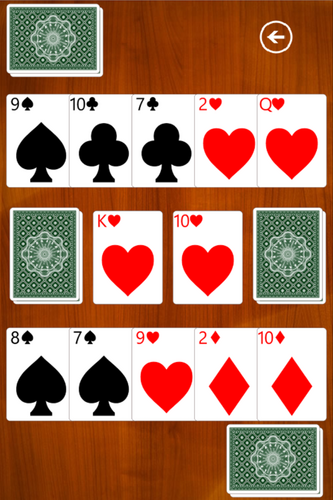 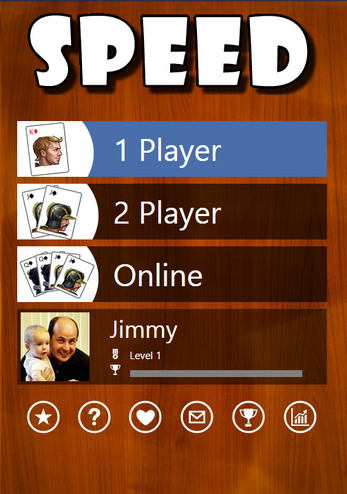